AT WAR WITH THE GODS tells the story of the first 25 years of The Mission, from the speed-fuelled beginnings in Leeds to the tour which in 2011 saw the band reform and tread the boards of some of the most important venues in the world once again.

During the 1980s, in a music landscape that was learning to build new trends from the rubble left by the punk storm, The United Kingdom confirmed its role as an inexhaustible source of artists of every kind. In the north of the country, far away from the din of a metropolis turned into a Mecca for millions of visiting rock music lovers, new ways of interpreting new-wave and post-punk developed, and bands were formed which would thoroughly embody them. Here, between Bristol, Liverpool and Leeds, began the musical mission of guitarist and singer Wayne Hussey; a story painted in the romantic hues of gothic rock and which crossed paths with the exploits of Led Zeppelin, U2, The Cure e The Cult, rich with prestigious achievements as well as tumultuous chapters.

Singer from The Wonder Stuff…

…and old friend of Wayne Hussey!

Singer from All About Eve

One of the leaders of the legendary Mish fan base: The Eskimo!

Guitarist from The Cult

Opening band for the ‘Farewell Tour’

Ex member of All About Eve

Producer of ‘God’s Own Medicine’ and ‘Carved In Sand’

Founding member of The Waterboys.

Musician on the ‘Masque’ album and Mish live member in 1991

Live guitars during the ‘Deliverance Tour 1990’

Light-man for The Mission during the ‘AurA TourA’

All About Eve and The Sisters Of Mercy ex guitarist

Guitars on ‘Blush’, ‘Running With Scissors’ and ‘Absolution’ (from the ‘God Is A Bullet’ album) and on the ‘Hush-A-Bye-Baby (Child Again)’ remix for the ‘Like A Child Again’ single.

Drums on the ‘Resurrection’ album

Ex member of Mindfeel (with Simon Hinkler!) and Artery

With Craig Adams in The Cult, The Alarm, and Chelsea

Keyboards on the ‘Masque’ album and Mish live member in 1991

Producer of the ‘Masque’ album

Saxophonist in The Psychedelic Furs

Guitars and percussions with Artery

Director of ‘Wasteland’, ‘Severina’, ‘Stay With Me’, and other Mish videos.

Extra-guitars on the ‘Deliverance’ 12inch mix

Producer of the ‘Neverland’ and ‘Blue’ albums

Vocals on ‘Where Was?’ single (released in 1986 as ‘Guthrie Handley With Wayne Hussey’)

Singer from The Mogodons (another old band of Wayne) and… “mother” of ‘Severina!

Lifelong Mission fan and fairly well-known promoter, DJ and independent music critic in Italy, devoted several years to completing ‘At War With The Gods’, exchanging numerous emails with Wayne Hussey and all the other musicians who over the last quarter of a century have been part of the band, as well as producers, managers, roadies, various “missionaries” scattered across the world, and other fans.

AT WAR WITH THE GODS release date: 26-05-2014 First numbered limited edition of 1,000 copies with hard-cover and full colored

Today, on the 63rd birthday of our hero Wayne Hussey, 'At War With The Gods' turns exactly seven years after its release. Thanks to everyone who bought the book. Fans of The Mission or not, I hope you are all well. Unfortunately, 2021 is still a bad year for the whole world. The virus, the economy, the wrong choices of many politicians, violence, incapacity, and above all a lot of pain. I remember an unfortunate 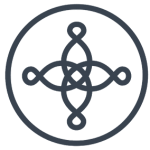 Contact-BUY -
Get your copy and stay in touch with us !

In order to minimise postage costs/obtain the best rate, to order more than one copy and/or for orders outside the European Union please fill up the specific form in the ‘contact’ section.